When I was a kid, my mom had a subscription to Reader’s Digest.  The hutch at the end of the hall was full of back issues.  On rainy days we spent hours sitting on the floor and reading.  Our favorites were the “Drama in Real Life” stories.

I like the fact that the amount of drama in my life is limited.  Bear witness. 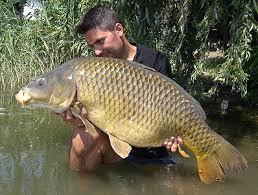 We sat in the 3 minute loading zone waiting for the airport shuttle to arrive.  No one else wanted to load or unload passengers so we sat there for twenty minutes.  Ivan was nervous.  “Mom, let’s go park somewhere else, the sign says 3 minute limit.”  He’s such a stickler.

“No, this is fine, we’ll move if we have to, for now we don’t have to.  And wouldn’t you rather sit in the nice comfy car instead of waiting outside, sitting on concrete benches?”

“Can we please move the car?”

“She’ll be here any minute and then we won’t have to lug her suitcase too far if we stay here.”  We were about twenty feet from where the bus would pull up.  Perfect.

We were two car lengths from an intersection.  The street that ran perpendicular to the direction we faced was a one-way, two lanes, heading to our left.  Cars were stopped at the red light.  From the corner of my right eye I saw people running.  A whole gang of young men running.  Running fast.  Odd.

They must want to cross before the light changes.  Sure enough, the leader ran to the crosswalk and crossed in an arc that took him to the driver’s side window of a big silver car which was stopped at the light, first in line.  The driver’s window was open and the leader of the pack started beating on the driver through the window of the car.  The rest of the gang proceeded to pound on the vehicle, trying to get at it’s occupants.  The car sped off.  The gang quickly dispersed.

We had front row seats.  I rolled up the windows and locked the doors of our car.

“I told you we should have parked somewhere else”. 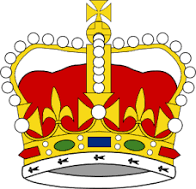 My mom and I walked into the antechamber, the foyer, the trophy room of the high school gymnasium at 8:30 am.  A large black crow was flying around inside the low-ceilinged room, literally bouncing off the walls.  It was just me, my mom, an older gentleman, and the frantic crow. “I’m gonna help him get out”, I told my mom.  As if on cue, the crow flew into a window and dropped straight down, like a stone, into a large grey plastic trashcan.

I grabbed the trashcan and hauled it outside.  The old man didn’t know what was going on.  He followed us outside.  I turned the can on it’s side.  No crow.  I turned the can upside down, then back on it’s side.  It was morning and there wasn’t any trash in it yet, just a dazed crow, tangled slightly in the bag.  I pulled the bag away from his body and he flew off.  Bye Bye Birdie. 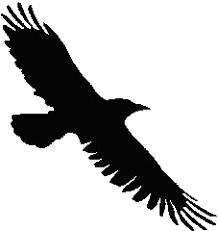 gardener, cyclist, student, mom,
View all posts by Zahara →
This entry was posted in Uncategorized. Bookmark the permalink.

7 Responses to Drama in Real Life!