Today I had to leave my bubble and drive into the city.  Listening to NPR as I sat in slow-moving morning commuter traffic, it was brought to my attention that today is National Peach Melba Day. 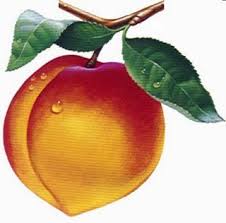 At the tender age of 18 I worked as a waitress in a country club in Massachusetts, Vesper Country Club.  It was a beautiful old place, set partly on something like an island in the Merrimack River.  The dining room looked up river, where the Merrimack split into two, flowing past on either side of the building.  Looking out, it almost felt like being on a giant boat, it’s prow slicing through the water.  That’s where I first tasted Peach Melba. It was a wedding or some other fancy event, and in the end there were some extra desserts.  Plump, sweet slices of peach, a small scoop of vanilla ice cream, and raspberry syrup, possibly sprinkled with toasted almond slices, all nestled in a shallow champagne glass. 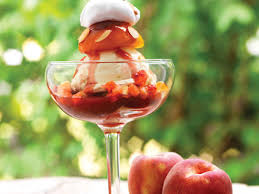 When I got home tonight, I googled it.  Not only is today Peach Melba Day, but nearly every day of the year is a special National food day of some sort.  Yesterday was Marzipan day!  Where was I?  I was eating Saag Paneer and brown rice.  I was way off.   I have to get out more.  By the time you get around to reading this, it will probably already be National Hot Pastrami Sandwich Day.  Good Lord, as my grandmother used to say, “if they don’t have everything!”

Did I mention that I once carried a huge, flaming, baked Alaska, on a tray on my shoulder, through a crowd of hundreds of dinner guests in a darkened dining room at the previously mentioned country club, without setting my hair on fire?  Well I did, and the reason I mention it is because February first is, you guessed it, National Baked Alaska Day!  My sisters and I once made a baked Alaska.  We were just kids, but we heard about it and we had to have it, so we made one.  It was big, and there were leftovers.  I don’t remember drizzling it with brandy and firing it up. We were more interested in the cake, ice cream, and meringue components than the combustible aspects.  It had to be stored in the freezer, which was in the basement.  Day after day I snuck down there with a fork and chipped away at it ‘til it was gone.

Now where was I?  Oh yeah, February. Along with February comes the inevitable Valentine’s Day, aka National Cream Filled Chocolate Day.  But I’m more looking forward to February 22, when I can celebrate National Margarita Day.  Yeeeee Ha! 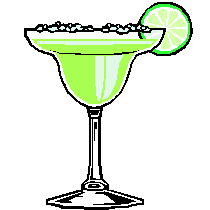 March, ahhhh March; National Caffeine Awareness Month.  What month isn’t? What day isn’t? Fortunately, the tenth day of March is dedicated to Blueberry Popovers, followed immediately by National Oatmeal-Nut Waffle Day on the eleventh, to soak up some of that caffeine.  My favorite comes at the end of the month though, and it’s so hard to wait that long, but always worth it; National Turkey Neck Soup Day.  It’s a great opportunity to use up all those turkey necks you’ve got laying around. 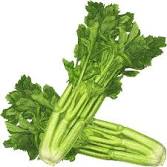 April is a fun month.  It’s national Fresh Celery Month, which I love.  Mmmm, crunchy.  I remember a poster on the wall of my high school science class that claimed it took more calories to eat celery than the celery had in it.  I like that in a food.  Peanut Butter and Jelly day falls on the second, and then there’s the always popular National Egg Salad Week, from the twelfth to the eighteenth.  National Baked Ham with Pineapple is on the sixteenth (mark your calendars).  I always thought that ham my mom made was for Easter, but she obviously is way ahead of me, food-holiday-wise. Can anyone explain to me why National Zucchini Bread Day is on the twenty-fifth of April?  How can that be?  In my country, zucchinis are in abundance in and around August. That’s when we make our zucchini bread. Somebody ate a little too much Cheese Fondue on the eleventh, me thinks.  Or maybe it was the Cheeseball they served on the seventeenth.  National Cheeseball Day!  That’s my kinda day! 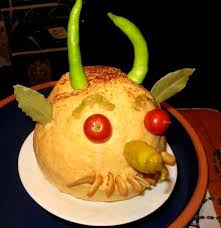 In order for us to get through May, we may have to observe National Herb Week, May third through the ninth, and load our pipes accordingly. 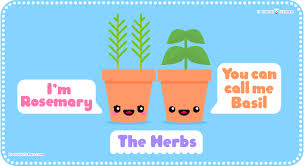 Among other things, May is National Barbecue Month (yay!), and National Chocolate Custard Month!  I’m looking forward to the eighth day of the month, ‘cause I loves me some Coconut Cream Pie.  Not sure I’ll be able to eat Nutty Fudge the very next day, but by the twentieth I ought to be able to choke down some Quiche Lorraine.  If not, I’ll do Escargot on the twenty fourth, with a Macaroon for dessert, on the thirty-first. 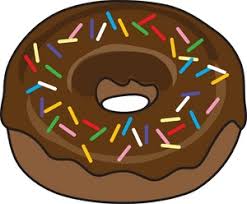 I’m glad National Baked Bean Month falls in the middle of summer, in July, when we can all be safely outdoors, enjoying the fresh air.  Somebody was using their noggin when they decided July should also be National Picnic Month.  Like I said, the more time we spend outdoors, the better.  On the sixth we ought to all be Frying up some Chicken to take on our picnics.  Unless you prefer Macaroni, which every good American will be celebrating on the seventh.  I may pop indoors just long enough on the seventeenth to grab the Peach Ice Cream out of the freezer, to honor it, of course. 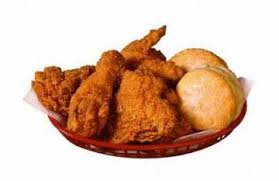 Go to the website and feast your eyes. If you don’t believe me, believe the internet. http://www.statesymbolsusa.org/National_Symbols/American_Hollidays.html

I will leave you with a few highlights from the second half of the year that you may want to make note of.

October thirtieth, as we all know, is National Candy Corn Day. Celebrating this day properly may involve reading this blog post: http://blurts.wordpress.com/2010/10/07/cultivating-candy-corn-your-questions-answered/

How can I gloss over November, National Fun With Fondue Month? 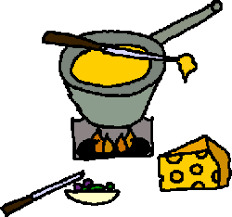 I think we should all incorporate a little melted cheese into our Thanksgiving dinners.  Forget giblet gravy, gimme a ladle full of steaming fromage, and I’ll dip my turkey into it.  And speaking of cheese, let’s not forget National Pizza with the Works Except Anchovies Day on the twelfth. Or maybe we should forget it.  I love anchovies on my pizza.  Boycott this holiday.

My beef with December is that Christmas Day and National Pumpkin Pie Day are the same day!  That’s just weird.  Don’t we have enough to celebrate? Shouldn’t Christmas day be National Sugarplums Day or National Candy Cane Day?  Shouldn’t Pumpkin Pie Day fall somewhere near the end of November?  Hint Hint. Whatever.  Let’s all thank our lucky stars for December thirtieth, National Bicarbonate of Soda Day, and drink up.